18 years ago, I swallowed 25 pills in a suicide attempt. Since then, I’ve learned how to deal with emotional triggers (to an extent), but the pain never fully goes away.

Things are going to get seriously heavy for a few minutes, but life isn’t always perfect. In fact, life can be so painful that it just doesn’t feel worth living.

Suffocated by fear, money problems, marital or relationship problems, lack of love, self-respect, and worth are all real reasons that many people have an emotional breakdown.

I’ve never shared my story on this blog. I was interviewed by Money With a Purpose about the incident but have always been afraid to fully open my heart to sharing here until tonight.

Playing House as a High Schooler

For a little bit of back story, two weeks before my senior year of high school, my parents were kicked out of our rental home and decided to move away. Because I was (what my mom called) “mature”, she gave me the choice of whether to move with them or stay behind and live with my (much older) boyfriend.

My parents and I weren’t getting along very well, and we lived under poor conditions. Our blended family consisted of nine people with the youngest siblings sleeping in bunk beds in the living room (next to our wicker outdoor furniture as a sofa and chair). My sisters and I shared a room. And my older brother had his own room (seems fair, right?)

There was no way in hell I’d go with them. So I stayed behind, worked a 30+ hour/week job, and graduated with honors. I don’t blame my parents for making the tough decision, and I learned so much because I was forced to grow up at such a young age.

So when I went to college, I wilded out. I drank heavily. I was promiscuous. And I had zero self-respect. 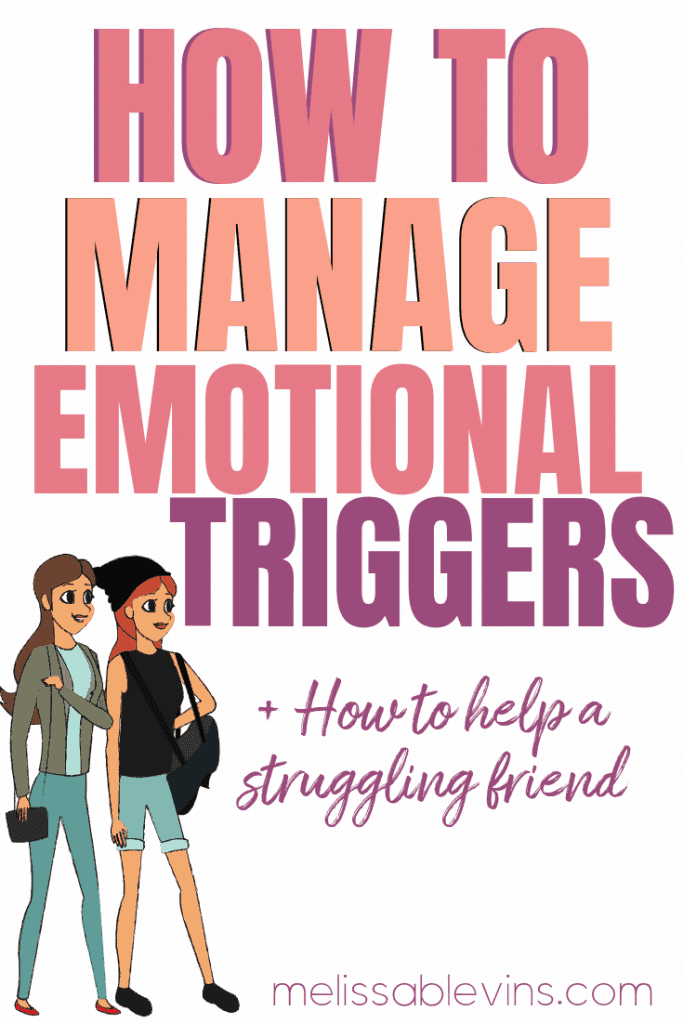 My Time in Jail

One night, when I was drinking heavily, I got behind the wheel and was pulled over for DUI. After failing the field sobriety test, I was arrested and driven 15 miles to the county jail. This gave me about a half hour altogether to (somewhat) sober up.

Even with 30 minutes or so to get my act together, I failed the breathalyzer test as well. The first time I blew a .14 blood alcohol content (felony-eligible). The officers allowed me to sit and drink water for a good 30 minutes and then I blew a .13 (misdemeanor).

So they booked me and I stayed the night in jail before I could call a bail bondsman and see the judge the next morning.

I had to go back to court to face the charges, and the judge was not playing around! I was fined $500, ordered community service, had to take DUI classes, lost my driver’s license for 6 months immediately, and was sentenced to five additional days in jail.

From here, things just spiraled out of control.

Shortly after serving my jail time, I was raped by a man I barely knew. I’ll never forget his name (nor his nickname that his buddies called him). Heavily intoxicated (yet again), I tried to stop him but he forced himself on me. It was “that time of the month”, and he forced a tampon into my body that stayed there for a few days.

I was too ashamed to get help. Too embarrassed to go to the doctor and have it removed. I literally would have rather died from toxic shock syndrome than admit that I had been raped with a tampon in while I was drunk.

On top of all of this, when I talked to my Dad about it, he said, “Well, you must’ve wanted it.” That, of course, didn’t help things. No one was there for me. I felt like no one cared.

I felt a lot of shame and guilt that I can’t quite describe from this time in my life.

A few days later, my body rejected the feminine product and I didn’t die. But I wanted to.

I don’t remember the timeline exactly because I believe I suffered PTSD from it all, but shortly after all of this is when I decided to attempt suicide. One by one, I swallowed 25 500mg capsules of Tylenol. I know what you’re thinking. Tylenol will just kill your liver, won’t it? Probably so but I didn’t know any better.

I called my Mom sobbing and told her I loved her and that I wanted to die and remember the ambulance ride and my stomach being pumped with charcoal.

Coincidentally, my Dad drove me to a mental health facility where I had to prove I wasn’t a danger to myself or others before they’d release me. To this day, my Dad still brings up some jacket (apparently his favorite jacket) that he loaned me (and never got back) on this car ride.

For 15 years, he would call me every time he drove past the facility in Fort Supply, Oklahoma, to ask me, “Do you remember that?”.

I think he finally gets it. Yes, I remember, Dad. I will always remember. It doesn’t help when you bring it up in that way, and there’s a way to deal with emotional triggers. This isn’t working.

While having a conversation with a friend this week, I realized something. The best way to deal with mental health is to face it head-on. Emotional triggers can occur when you least expect them.

Check on your friends. Make sure they’re ok.

Mental health is not fun to talk about. Talking about our problems and our weaknesses is not exactly sexy. But how can you ever know if someone needs help if you don’t ever ask? I don’t want fake friends or superficial friends. I want friends who can lift me up when I’m feeling dead inside. And I want to be able to ask the tough questions (even if they push back). “Are you sure you’re ok?”

The Whole Cook shares the evolution of friendship on her blog: 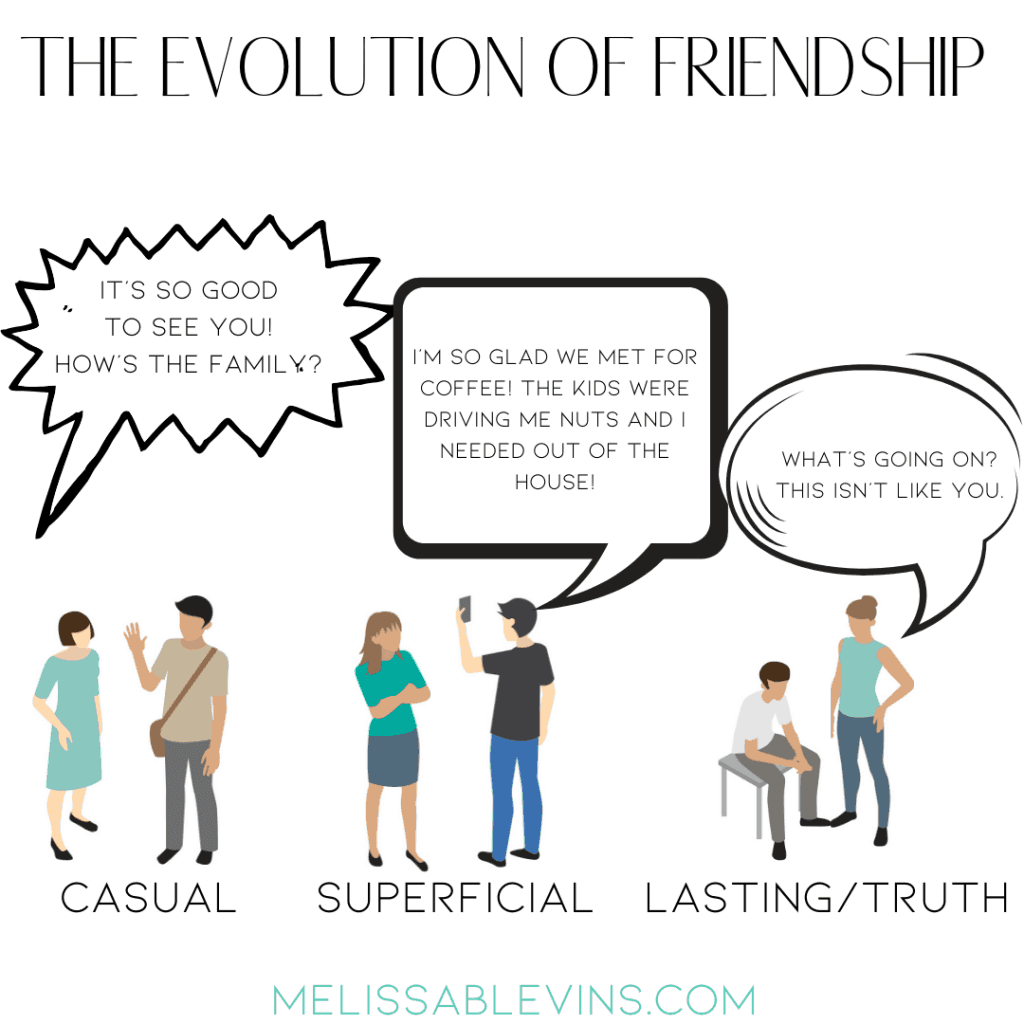 A year ago, I was hit with a bombshell that rocked my world (in a terrible way). My former self (who couldn’t deal with emotional triggers) started to show up. I’ll admit. I honestly started getting suicidal thoughts, drinking more, and even considering divorce.

Thankfully, we’ve come through it all and are constantly a work in progress. But mental illness is an ongoing issue that has to be dealt with. It has to be talked about. You wouldn’t believe it, but only one of my friends actually checked on me during the toughest 6 months of my life. That says a lot about friendships.

Maybe they didn’t want to drudge up the past. Perhaps they assume that if I needed someone to talk to, I’d come to them.

Either way, you can’t sweep this under the rug. I know it’s uncomfortable, but if your friends are struggling with depression, anxiety, health problems, or even anger issues, keep in touch. And I don’t mean to call to catch up. I mean to call and ask, “How are you?”…because depression doesn’t take a vacation.

If you are struggling or having suicidal thoughts, reach out to someone. If you don’t have anyone you feel you can talk to, comment here. This is a safe place for you and I want to pray for you and encourage you to keep living life. It does eventually get better.

2 thoughts on “Emotional Triggers are Real:18 Years Since My Failed Suicide Attempt”

This website uses cookies to improve your experience while you navigate through the website. Out of these cookies, the cookies that are categorized as necessary are stored on your browser as they are essential for the working of basic functionalities of the website. We also use third-party cookies that help us analyze and understand how you use this website. These cookies will be stored in your browser only with your consent. You also have the option to opt-out of these cookies. But opting out of some of these cookies may have an effect on your browsing experience.
Necessary Always Enabled
Necessary cookies are absolutely essential for the website to function properly. This category only includes cookies that ensures basic functionalities and security features of the website. These cookies do not store any personal information.
Non-necessary
Any cookies that may not be particularly necessary for the website to function and is used specifically to collect user personal data via analytics, ads, other embedded contents are termed as non-necessary cookies. It is mandatory to procure user consent prior to running these cookies on your website.
SAVE & ACCEPT
Shares
Scroll to Top