The alternative to an abundance mindset is a scarcity mindset. An example of scarcity mentality is when you feel broke. You live in fear of how you’ll pay your bills, whether you’ll get that promotion, or how you’ll ever pay off your debt. It’s really a hopeless feeling, and it’s one that I’ve personally struggled with at different times in my life. So if you find yourself stuck in a scarcity mindset, please know that you’re not alone.

Free-spirited nerds like me struggle with bouncing back and forth between the scarce and abundance mindset. One day, all is well and money is flowing to you effortlessly…the next day, you might be digging in the couch for change. A free-spirited nerd is a person who struggles with knowing what to do and how to do it, but her wild-child personality (the free-spirited side of her) tends to sabotage her efforts.

Raised one of the “middle children” in a family of 9 in a 3 bedroom home, we lived with bunk beds in the living room along with outdoor wicker patio furniture instead of a traditional five-piece set from Ashley Furniture. We constantly struggled, living paycheck to paycheck, and I vowed to always try to do better for my family. Because I always grew up with a lack of what I needed, I’ve often fought with a “lack mentality” or scarcity mindset. 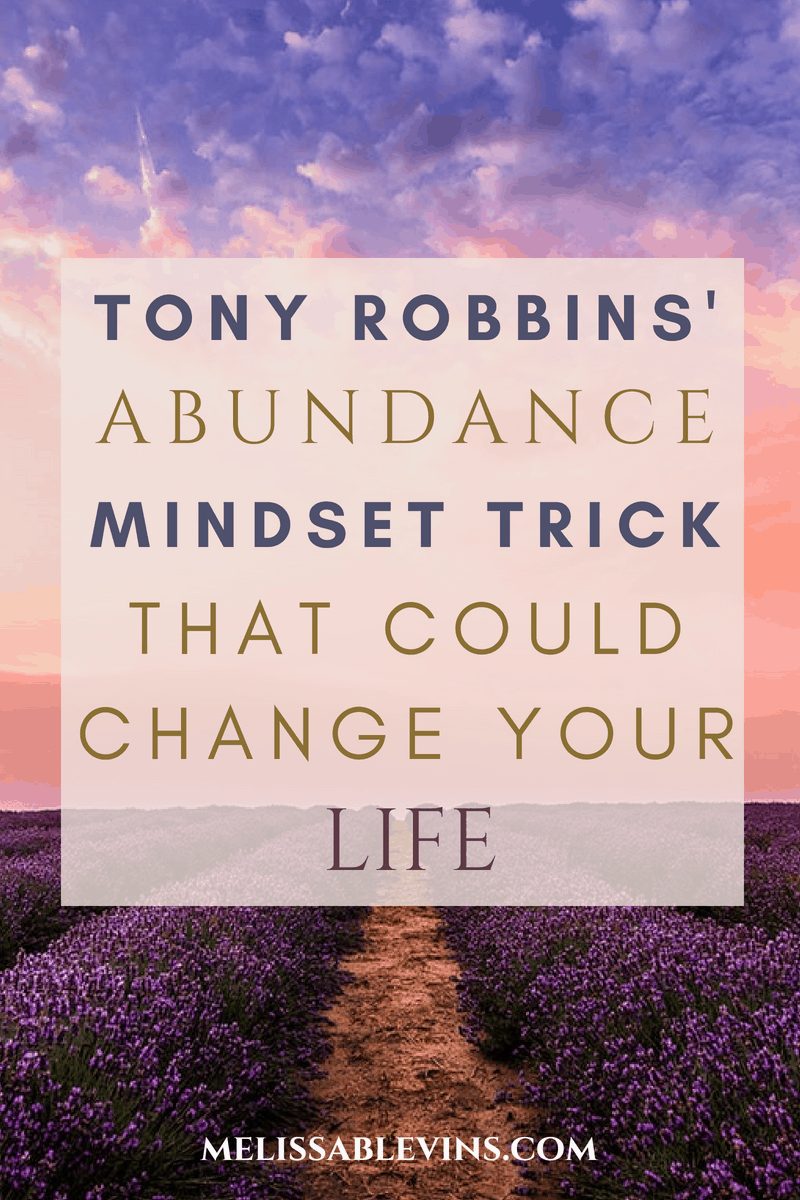 Contents hide
So what’s the one trick that can give you an abundance mindset when you’re feeling without all that you need or want?
Walmart Almost Always Has Charitable Organizations out Front + Children’s Miracle Network!
The Ronald McDonald House
The Lion’s Club
How Tony Robbins Mastered Abundance Mindset
Share and Enjoy !
Related Posts:

So what’s the one trick that can give you an abundance mindset when you’re feeling without all that you need or want?

The answer is simple. Give.

But how many people give with a cheerful (joyful) heart? Some Christians feel that if they give their 10% to the church faithfully week after week, month after month, year after year, the blessings will come back to them tenfold! But they give with an expectant heart….not a joyful one.

When you feel like you’re in a rut, find someone to help. Go to Walmart. There’s almost always organizations standing outside asking for donations to help their cause. A few weeks ago, there were some kids standing outside Walmart selling coupon cards for the next 12 months to different restaurants and the local waterpark. They were $5 each, and I didn’t have any cash, so I told them I’d see them when I came out of the store. When I came out, I told one of the kids I had $20, and if he could tell me how many tickets I could get if I gave him the full $20, I’d let him have it. He shouted FOUR! It was fun testing his Math skills (he was maybe 9 years old), and it felt even better handing over that $20 bill. I hope that I encouraged he and his buddies to compete for who could sell the most tickets!

My sister was diagnosed with a rare kidney disease at the age of 3 and was in and out of hospitals every year in Galveston, Texas. The Ronald McDonald House became my family’s refuge during those times. So every time I go to McDonald’s, I give something. Every little bit helps.

I had such poor eyesight in high school that my Math teacher approached the counselor, who approached The Lion’s Club about getting me some glasses.  Within a couple of weeks, I was able to go to the eye doctor and pick out glasses, and I was able to actually see the board in class!  Your donations help these organizations put food on the table, provide glasses, pay for a kid’s sports enrollment fees, give families a place to stay when they’re traveling for medical reasons.

So if you’re feeling like you have nothing, my challenge to you is to give some of whatever you do have to someone in need. And see what happens.

In this video, Tony talks about how he was in a really dark place, with about $20 left to his name and he had no idea how he was going to eat. Listen to what he did and what happened as a result!

If you want to have an abundance mindset, the trick is to give with a joyful heart.

This website uses cookies to improve your experience while you navigate through the website. Out of these cookies, the cookies that are categorized as necessary are stored on your browser as they are essential for the working of basic functionalities of the website. We also use third-party cookies that help us analyze and understand how you use this website. These cookies will be stored in your browser only with your consent. You also have the option to opt-out of these cookies. But opting out of some of these cookies may have an effect on your browsing experience.
Necessary Always Enabled
Necessary cookies are absolutely essential for the website to function properly. This category only includes cookies that ensures basic functionalities and security features of the website. These cookies do not store any personal information.
Non-necessary
Any cookies that may not be particularly necessary for the website to function and is used specifically to collect user personal data via analytics, ads, other embedded contents are termed as non-necessary cookies. It is mandatory to procure user consent prior to running these cookies on your website.
SAVE & ACCEPT
Shares