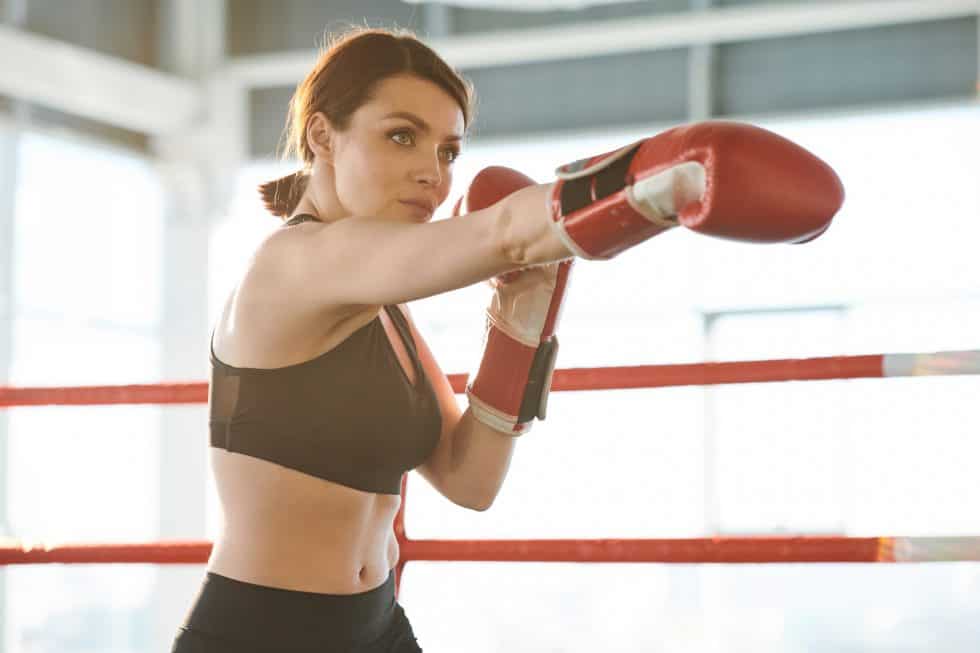 Reddit bills itself as the “front page of the internet.” Today’s matchup includes the Diversyfund vs Fundrise Reddit Showdown.

If you have spent any time of Reddit, you would think a more fitting moniker would be “the internets judge, jury and executioner.”

Redditors are known for being brutally honest and researching items ad nauseum. Anyone with a product to pitch hopes to do well on the site, however, it’s not easy or for the faint of heart.

Reddit is where bad ideas get murdered, good ideas get pummeled, and even great ideas end up looking like they did a few rounds with Ivan Drago (Rocky IV)

To get the low down, on the showdown between these two crowdsourced REITs, I decided to put the internet’s front-page super sleuths to the test to which fund is worthy of an investment.

Contents hide
DiversyFund Vs. Fundrise Reddit Showdown
Apollo Creed: Fundrise
Back to Reddit
Rocky: DiversyFund
Ding Ding!
What Would I Do?
Related Articles on Investing in Real Estate:
Related Posts:

Searching Reddit for Fundrise reviews, I was able to uncover several threads. Fundrise is the more widely known of the two. Considering Redditt’s reputation for tearing data apart, the responses are generally positive. The responses on Reddit ranged from a discussion of actual performance to alternatives such as investing in Vanguard.  (Redditors’ love of Vanguard is cult-like)

When it comes to the discussion of performance, you should remain extremely cautious, and most likely outright ignore them. It’s a bad idea to trust anonymous strangers on the internet with unknown credentials or experience.  Always do your due diligence, you don’t what to end up like Rocky in Rocky V.

If you missed Rocky V, Paulie gave an accountant complete control over all of Rocky’s wealth and it was lost in bad investment deals.

Digging around the Reddit responses, it seems that Fundrise is generally considered an investment for passive income. Reviewing their website, I see that they list three funds, one of which is a growth-oriented fund. However, even their growth offering still appears to be more of a blended portfolio.

There is nothing wrong with investing for income. However, as a business owner and someone actively saving for retirement, it’s hard to get excited about income-producing investments.

Considering the level of risk, the disclosed fees, taxes, and expected ROI of the properties, Fundrise has listed on their site, I can’t help but think if one has a modest amount to save, they might find a better and safer ROI someplace else.

Fundrise has a minimum investment of just $500, and I question if you would be better spending (investing) that $500 on reducing your expenses, improving your career earning potential or even launching a side hustle.

It’s a decision only you can answer for yourself.

Since I am a serial side-hustler and have a passive income stream with my solar PV system, the prospects of Fundrise do not excite me.

But that’s just me. Everyone has to decide for themselves what works best.

Between the two funds, DiversyFund has some similarities with Rocky in the first movie; both are up and coming stars looking for a chance to prove themselves.

DiversyFund is a newer fund, and are making private placements available to the working class and those who have historically been ignored by investment firms.

Since they just recently launched their offering with a $500 minimum investment, a Reddit search turns up little in the way of results. One of those results is from a fellow contributor at The Money Mix.  As news circulates about the new offering we can expect a more detailed analysis from Redditors.

Review the online literature about DiversyFund, it is clear they are a more growth-focused fund. They do not pay out dividends to investors, instead that reinvest them back into the REIT.

Additionally, they do not charge a yearly asset fee like Fundrise. Instead, they get paid from the gains (if any) of the real estate when it sells.

If like me, you’re looking for a more growth-focused opportunity, DiversyFund appears to be a better solution. However, as a new entrant into space, they do not have the historical returns to showcase.

Just like our favorite movie franchise (ok my favorite), Rocky, neither DiversyFund nor Fundrise emerges as a clear winner.  Each fund has compelling advantages; Fundrise has an income-focused approach with historical returns to hang their hat on while DiversyFund is a growth-focused up and coming fund.

In a diversified portfolio, there is room for both, as each uses different tactics and approaches despite some of their overlaps.

What Would I Do?

We all have different ways of investing and separate emotional responses to risks and returns. The items that keep me awake at night, may seem silly to someone, and vice versa.

I’m at the Rocky V stage in my financial life, I’ve been knocked on my backside a few times and I flinch when I see the right hook coming at me. I’m at the point where I question if the juice is worth the squeeze. So, at the risk of losing my blogging “street cred,” I think valuations matter.

You can show me all the charts and statistics saying that timing and valuations don’t matter over a long enough period. I won’t be swayed. I’m heading towards an eventual retirement and looking in my rearview mirror.

I see historical graphs showing unprecedented economic growth and monetary expansion over the last 70 plus years. I feel precariously poised at the summit of historically high valuations, low yields, and without enough time or inclination to start back at step one.

I’m just old enough to be straddling the wrong side of “time is on your side” where an unfortunate sequence of returns could send me back to go without collecting $200. So, I’m forced to ask myself;

To both questions, my gut tells me… No!

I’m at the point I’m looking to glide into retirement in a nerf covered Volvo station wagon. I may look silly arriving at the retirement party in my flame-resistant safety suit and Swimmies, but I’ll arrive on time! And that’s all that matters.

Ignoring valuations and fundamentals in hopes of achieving long-term historical returns is not something I’m prepared to do. I’m perfectly content to horde my cash and site on the sidelines until I am adequately compensated for risking my capital.

The opportunity cost of missing out on a few percentage points in returns won’t cause me anywhere near as much emotional stress as the prospects of staring down a life’s sentence of work.

To that end, DiversyFund offers a compelling investment opportunity. Unlike traditional low-cost investments that have become all the rage of late. DiversyFund is returning to the fundamentals.

They see properties that represent a value, fix them up adding additional value, rent them out for a few years, and then sell them for a profit.

Risks are reduced because they are actively looking for properties that are a good investment and adding value by fixing them up. The result is an equity-like expected rate of return with an asset category that’s non-correlated to the stock market and historically has been much more stable.

It’s not to say that the asset has no risk or even low risk/ However, an investor is being compensated for their risk given the expected rate of returns. As part of a diversified portfolio, I could take a small portion of my money and invest in DiversyFund to boost my overall returns without losing sleep at night.

Comparably, I do not feel the same way about Fundrise. Keep in mind I said Feel because I don’t Know which of the two will perform better. However, given the fees at fundrise, and the expected ROI they list on individual property holdings, my gut tells me I’m not being compensated for my risk.

You should choose the option that you feel the most comfortable with and best fits with your financial goals. However, I would not put money in either option or any investment for that matter that I couldn’t afford to lose. 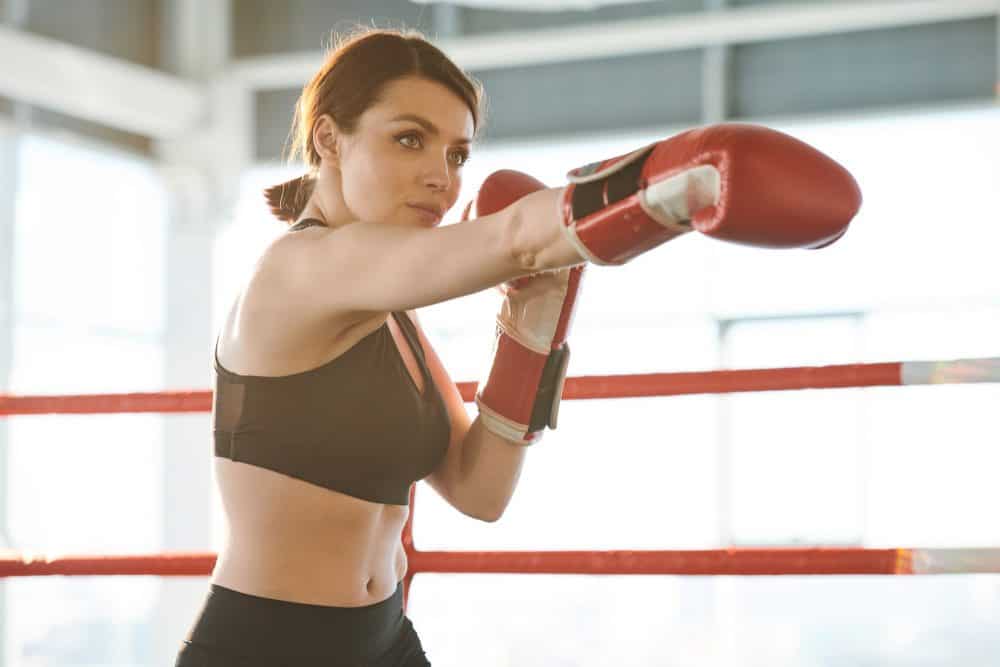 >>START YOUR OWN BLOG

Can I Help You Find Something?