I live in the state of Illinois, also known as hell on earth. Ok, it isn’t quite hell, but it’s pretty dang close. This year, my husband and I had the privilege of receiving traffic tickets by State Troopers…two days apart from one another.

I quickly realized the booming business that traffic tickets have become. You see, I haven’t received a ticket in almost 20 years.

The last time I was pulled over, I was 19 years old, young and dumb and received a DUI. Being sentenced to five days in county jail will sober you up real fast. 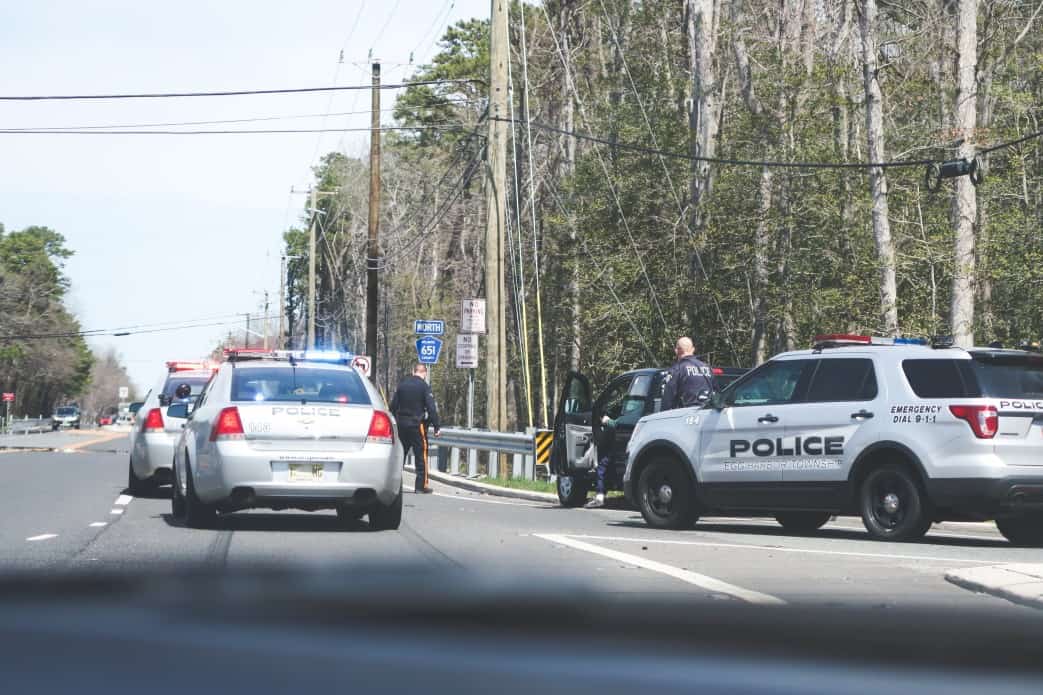 Scott’s Law, also called “move over” law, mandates that “when approaching any police or other emergency vehicle stopped along the roadway, you must: proceed with due caution. change lanes if possible. reduce your speed.”

Scott’s Law was named in honor of Scott Gillen of the Chicago Fire Department who was struck and killed by a drunk driver while assisting at a crash on a Chicago Expressway. When approaching a stationary emergency vehicle that is displaying flashing warning lights, Illinois motorists must:

While I understand the call to action to move over when emergency vehicles are on the side of the road, I feel that this is also a way for the state (or county) to increase revenue. Let me explain.

When my husband was pulled over, he was towing our boat, and as he exited the interstate via the ramp onto a small four-lane highway, he saw an officer with someone pulled over during a traffic stop.

He knows the law is to slow down and move over if it is safe to do so. Because there was a car in the left lane, he was unable to move over, so he slowed down to 35 mph and moved over as much as he could within his lane.

He was still pulled over, issued a citation, and ordered to go to court. In court, he told the judge that he wished to dispute the case as he was unable to safely “move over” due to the other vehicle in the lane next to him, so they delayed his court case for a couple of hours so that the officer could come to court.

The judge then took the officer’s word for it that another car didn’t exist (even though there was a huge boat in his line of view), and we were ordered to pay $335. No video evidence. No dashcam. Nothing.

Obviously, I believe in prosecuting the guilty, but the law reads very specifically if you can’t move over, slow down to a safe speed, and my husband did just that.

There have been three state troopers killed this year in Illinois from Scott’s Law violations, and while that number is three too many, I wonder how many drivers have been ticketed for trying to follow the law but unable to move over safely?

Speeding in a Construction Zone in Illinois

Two days later, I was driving to Nashville, TN, to meet my baby nephew, and I was following a car and we approached a work zone on a Sunday (with no workers present) and a state trooper whipped through 25 yards of tall grass to pull us both over.

I was chatting it up on the phone (on Bluetooth, of course) while following the guy in front of me so I had no idea how fast I was going.

Turns out, I was going 70 mph and hadn’t slowed down at all for the 55 mph construction zone. Ouch!

I knew I was in the wrong and took the ticket. He informed me that Governor Pritzker had just passed a law that required drivers who were issued citations in construction zones to appear in court in the county the ticket was issued.

So here I was three hours from home, and I was required by law to drive six hours round trip to attend traffic court at 8:30 in the morning on a specific date.

I called up my mother-in-law, and we scheduled an overnight trip to pay the fine.

Traffic Tickets in Illinois Cause a Booming Economy

When we arrived, I realized just how much of a business this is. 80 people stood around in a small basement of the courthouse waiting to hear the process.

We didn’t know if we’d be allowed to speak our case or what.

Two women arrived, one pushing a huge cart full of copies of tickets, and the other loudly stated that if this was our first offense in a construction zone, we were able to get supervision (probation for 90 days in lieu of going on our driving record) as long as we just paid the fine of $375.

But if we decided to stay and fight it, they could raise the fine to a higher amount and there was no guarantee they’d offer supervision.

Everyone in that courtroom had been issued tickets in the same construction zone, by the same officer, the same weekend that I was traveling.

The County made $30,000 that day in ticket fees from the 80 offenders, and the economy in Metropolis IL was booming.

There was no construction work being done in that work zone, and in fact, it’s been set up as a construction zone for years with no real progress. Now I’m starting to see why!

As I visited with people from Alabama and Chicago who had driven much farther than I had, I stopped feeling so bad for myself and my travel requirements.

Imagine how much the hotels, coffee shops, and restaurants earn from ticket-payers!

I’m all about accountability and consequences. I agree that I was in the wrong by speeding in a construction zone, but I do not see the need for having to travel to the county to appear in court to pay the ticket. This is something that could have been paid online in less than 2 minutes.

What are your thoughts? Please remember to be kind. I recognize that I was guilty. I wonder how many other states have similar laws?

This website uses cookies to improve your experience while you navigate through the website. Out of these cookies, the cookies that are categorized as necessary are stored on your browser as they are essential for the working of basic functionalities of the website. We also use third-party cookies that help us analyze and understand how you use this website. These cookies will be stored in your browser only with your consent. You also have the option to opt-out of these cookies. But opting out of some of these cookies may have an effect on your browsing experience.
Necessary Always Enabled
Necessary cookies are absolutely essential for the website to function properly. This category only includes cookies that ensures basic functionalities and security features of the website. These cookies do not store any personal information.
Non-necessary
Any cookies that may not be particularly necessary for the website to function and is used specifically to collect user personal data via analytics, ads, other embedded contents are termed as non-necessary cookies. It is mandatory to procure user consent prior to running these cookies on your website.
SAVE & ACCEPT
Shares